What if Shawshank Prison Had a Repair for Concrete and Pipe Corrosion? 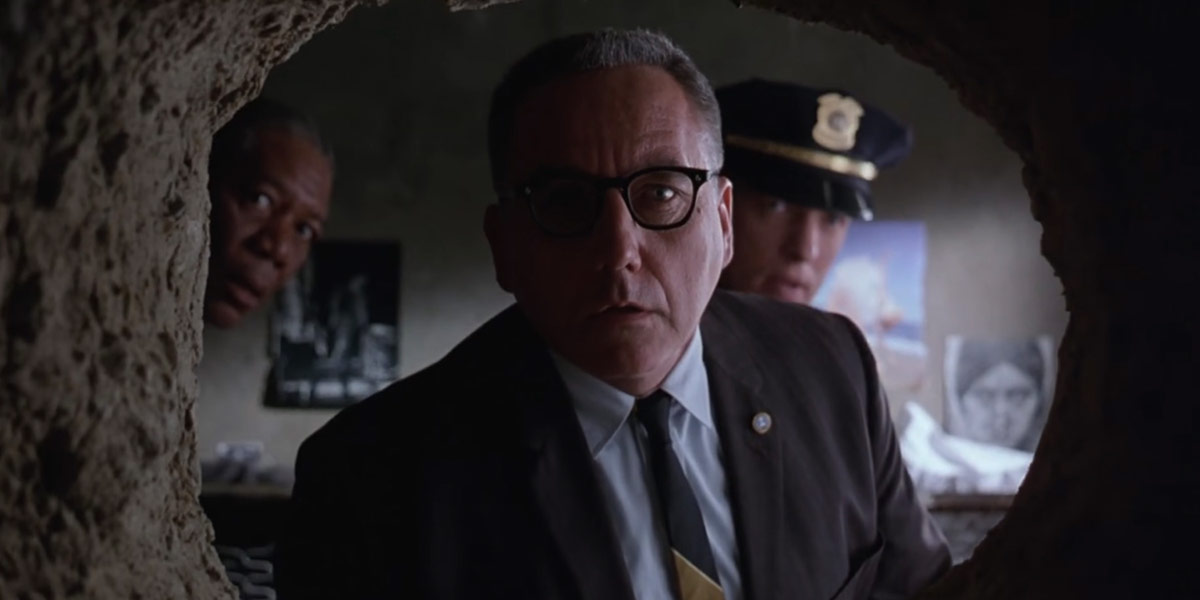 We found our cause. Go find yours.

“Get busy living or get busy dying.”

One of many memorable quotes uttered by prisoner Ellis Boyd "Red" Redding, played by Morgan Freeman, in the 1994 iconic film “Shawshank Redemption” about human suffering, bonding, and triumph. The architect of the suffering at the fictional 1940’s Shawshank State Prison in New England was Warden Samuel Norton. His own crimes perhaps far outweighing any of the men he tormented in the film; bribery, corruption, prisoner abuse, embezzlement, and murder to name a few. Yet, his biggest crime may be one the movie’s plot didn’t focus on at all; the deferred and neglected maintenance of the aging and crumbling prison itself.

In fact, the writers of the film spent a great deal of time deciding whether Red’s famous quote should be replaced with: “Get busy maintaining, or get busy paying” [Editor’s note: there is no truth to that statement whatsoever, but wise wisdom to consider for every facility owner.]

In the movie, the escape of prisoner Andy Dufresne, played by Tim Robbins, thrust the Warden’s crimes into the public spotlight. But how long could Warden Norton have continued his crimes had Andy not tunneled out from behind the prison walls? This is an unanswerable question, but Andy did write prolific and numerous letters to public figures begging for funds to upgrade and run his prison library and he could have extended his writing to law enforcement. Ultimately, it can be argued that the Warden’s blatant disregard for facility maintenance made Andy’s escape, one tiny piece of crumbling cell wall at a time, inevitable.

Nothing sparks a better discussion than a good “what if” scenario on potential movie outcomes, so let’s have a little fun with this topic: what if Warden Norton had found and utilized the right maintenance professionals and the right products before Andy’s escape; could Andy’s escape have been prevented?

People (and institutions or companies) have a tendency to buy more than they can maintain. They make annual and regular choices about how much money to spend, or not spend, on preventative and corrective maintenance.

While the movie is silent on which category Warden Norton was, let’s assume he’s in the last category, as he was probably finding ways to line his pockets with Shawshank Prison’s maintenance budget. For most, the decision to defer maintenance costs more in the long run due to shorter equipment lifespans, unsafe working conditions, and inefficient operations. In Warden Norton’s case, the decision to ignore or defer his maintenance cost him much more, as seen in this moment when he discovers Andy Dufresne’s escape route hidden behind a poster of actress Rita Hayworth.

What critical areas of preventative facility maintenance did the Warden ignore?

Is there a mason in the house?

Warden Norton didn’t know how to recognize the signs of pending failure in concrete, but Andy did, and he knew how to exploit them by transporting small bits of chipped away cell wall out into the prison yard in the ankle cuffs of his pants. ] Trained professionals would have spotted those problems and recommended fixes to extend the life and integrity of Andy’s prison cell.

What would the BIG solution be?

Our technicians could have used a “Belzona 4000” series epoxy to repair existing concrete, including those on a vertical surface, with full curing of the product in about 48 hours. Following this repair, the concrete would have had compressive and tensile strength greater than the original concrete. If Andy’s cell had been repaired using these methods, his tunnel to freedom would have never come to fruition.

In this alternative “Belzona 4000” ending, Andy remains in his drab prison garb, still executing Warden Norton’s nefarious orders and only dreaming of a redemption that never comes.

Can we talk about the condition of those pipes?

Warden Norton probably never fully realized that his facility was “one adventurous prisoner with a rock” away from having a complete failure of its water and waste pipes. Andy famously creates a man-sized hole into a large sewer drain pipe, one that used to be thick cast iron, with nothing more than that rock and his sheer will.

If Warden Norton was ignoring maintenance of concrete walls in plain sight of everyone at the prison, including visitors and guards, he was definitely ignoring the maintenance of pipes hidden behind the walls of voids and mechanical spaces. That pipe in fictional Shawshank Prison probably looked a little bit like this very real version… 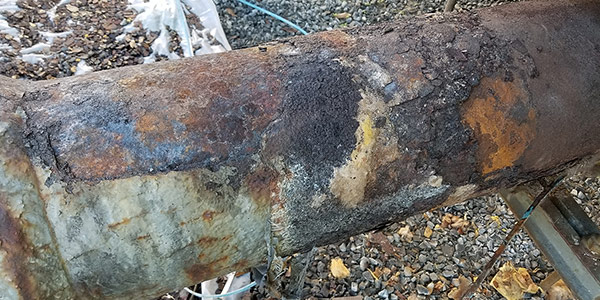 Pipes like these can be found in old cities and facilities everywhere. We know because we see them frequently, with some hanging on by the thinnest of threads, just waiting to fail. Just as Andy tells Red “hope is a good thing, maybe the best of things and no good thing ever dies,” there is hope for owners with pipes like those at Shawshank. You can actually fix these pipes and avoid becoming the duped and disgraced “Warden Norton” at your own company. 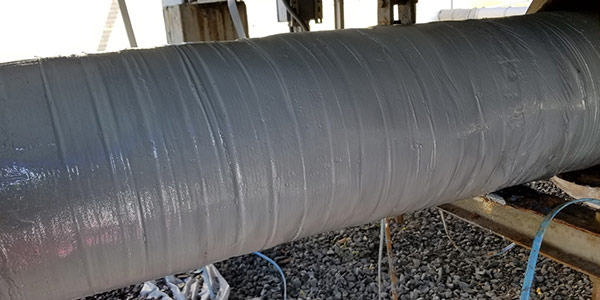 With the combination of Belzona 1000 series and Belzona Super Wrap II, Andy Dufresne would need professional grade power tools to penetrate that pipe and escape, none of which could be hidden in a copy of the prison-issued Bible.

Neither the rock Andy used to smash a hole in the pipe nor his famous rock hammer would have cut the mustard.

On the bright side, it would have saved him from crawling through human waste for over a half mile.

All of this is a great metaphor on how preventative and corrective maintenance can help keep every company from landing in deep…infrastructure failures.

Before we let you “get away”, remember these important highlights:

For more about Banks Industrial Group or Belzona, please contact us.

We found our cause. Go find yours.